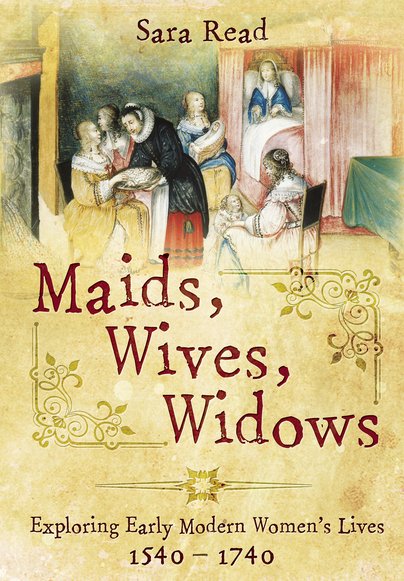 In addition to my books academic or otherwise, I like to contribute articles to history periodicals. I have been writing for Discover Your Ancestors since 2013. Go to their website to read more (discoveryourancestors.co.uk). This is an annual publication, and I always look forward to seeing my pieces come out in this magazine (or bookazine as it is known) because the editors always do such a good job with the layout and design.  My next article will be in June’s edition of Who Do You Think You Are?

The rest of this post is a summary of some of my magazine articles to date:

This piece talks about medical care in early modern England. It includes the casenotes of characters such as Dr John Hall who practised medicine in Stratford-upon-Avon, and who also has the distinction of being the son-in-law of William Shakespeare

This came from my research into pregnancy and birth in early modern England. It appears in a slightly expanded form, with permission, as a chapter in Maids, Wives, Widows.

Part of the research for Maids, Wives, Widows involved exploring attitudes towards beauty, and this is a taster of that section.

In August 1643 a group of anti-war protesters gathered outside Parliament. The protest ended in tragedy for one family. You can read the whole article by following the link here (scroll down to the bottom of the page and click the link).

My post-doctoral fellowship from the Society for Renaissance Studies was to research attitudes to obesity in early modern England and one of the outcomes of this research was this article. Did you know, for example, that playwright Ben Jonson wrote poems about how he weighed in at a full 20 stones? While current levels of obesity are unprecedented, ideas about how best to lose excess weight are recorded since the time of Hippocrates at least.  The term ‘obese’ became naturalised into the English language in the seventeenth century. It was also during this century too that the population had access to sugar in increasingly affordable quantities.

This piece came about when we threw a surprise party for my Nanna’s 90th birthday a couple of years ago. As part of the surprise, I researched her family tree and turned up some surprises. Her father’s line had been Blacksmiths in rural Lincolnshire going back until at least the 1700s – as far as I could get on that line. One of my favourite anecdotes is that my ancestor John Wadd, born in 1740 was a witness at a wedding in 1757 where he wrote his own name on the record. A couple of years later, he was again called to be a witness and someone wrote his name on the register, presumably for him to sign his mark besides, and John, who was quite capable of writing his own name, scored out the entry and wrote his name himself below. All the other parties involved in the weddings signed with their mark or cross so John was clearly quite in unusual being able to write in such a nice hand at this time.

Every year I look forward to teaching early modern drama – both at Loughborough University and as a visiting lecturer at other institutions such as Birmingham City University and Newman University – this article explains what it was like to be a playgoer in Elizabethan London.

This piece looks at the history of midwifery. It is available to read online here.

A piece about the experience of theatre-going in the Restoration era. It is a follow up to last year’s piece and also contains information on what happened to performances in the interregnum.

Any commissioning editors looking in, please do feel free to get in touch!